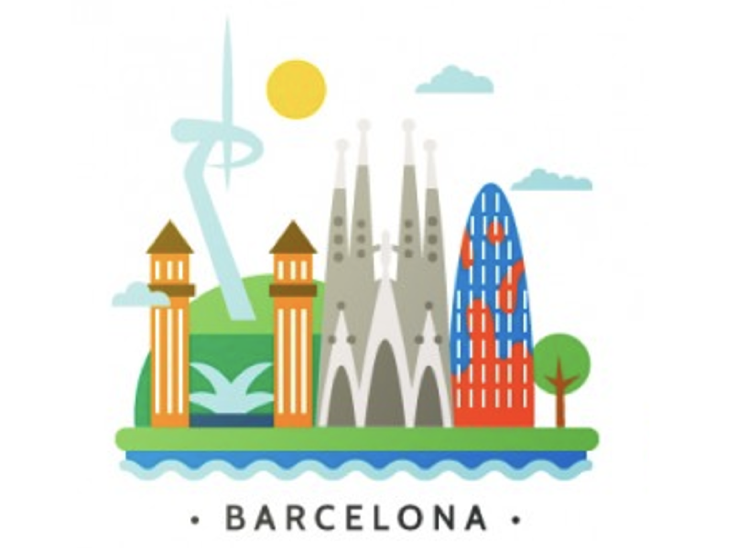 Last week eZ gathered its partners for two days of educational and hands-on sessions about eZ technology. The eZ Partner Meeting provided an opportunity for partners to sharpen their knowledge on how to sell eZ Platform as the content management platform of choice for their projects in 2018. Most importantly, it was a chance for partners to engage with eZ's sales, marketing, professional services and product teams. The event was a firsthand opportunity for partners to learn more about the short- and long-term roadmap for eZ Platform, as well as about new additions to the eZ product portfolio such as eZ Platform Cloud which launched earlier in 2017, and the newly announced eZ Commerce. This year's Partner Meeting was held in beautiful Barcelona at the W hotel, situated by the ocean.

The first day's agenda on Thursday, January 25, was packed with product updates and sessions on how to better sell eZ products in 2018. The first sessions focused on corporate and product updates, including Aleksander Farstad talking about the news of eZ's new group CEO Morten Ingebrigtsen and Bertrand Maugain as the new CEO of business subsidiaries.

eZ is entering 2018 with sights of growing its presence in the web content management and digital experience markets and becoming a bigger and more prominent player.

Roland's presentation then focused on eZ Platform Cloud, the new continuous development and cloud hosting solution for eZ Platform, announced and introduced in the later part of 2017. eZ Platform Cloud goes beyond the content management software itself and looks into DevOps. It offers a full solution to help implement a continuous software development process when doing projects with eZ Platform. Roland shared some success stories from the first eZ Platform Cloud customers and how they have benefited from this new solution. Roland explained that we clearly want our partner and their customers to be successful in their projects, and implementing a continuous development process can help them to do so, by boosting productivity of their dev teams, shortening time to markets and cost.

eZ's new Global Business Developer Jean-Claude Pitcho then joined Roland on stage to give partners more insights on the business value of the PaaS approach offered by eZ Platform Cloud, explaining how the "DevOps miracle" can happen, and illustrating it by a demo of eZ Platform Cloud.

Roland Benedetti and Bertrand Maugain kicked of their eZ Commerce presentation by sharing the reasons and the plan behind eZ Commerce-a new addition to the eZ Platform offering. The market shows an ever increasing need for platforms providing both content and commerce capabilities, to get companies out of the "two site and two platforms syndrome". While this is recognized by the market and some of eZ's competitors, there is still little progress made in that direction and no real solutions. Beyond this global state of the market, it's also clear that there is the need for a solutions that is able to provide advanced e-commerce capabilities as well as can answer the needs seen in the B2B space, an ever growing market which lacks modern solutions.

In the next session, Bertrand Maugain presented to sales professionals how eZ, together with partners, should market and present the value proposition of eZ products in 2018. Bertrand also discussed the migration to eZ Platform v2. In the room next door, Professional Services' Jani Tarvainen, and silver.solutions' Frank Dege presented to the more technical audience on eZ Platform v2 customization as well as a technical perspective on eZ Commerce.

On Thursday evening we also had the partner dinner and party on the 26th floor of the W, with stunning views, plus great company, food and drinks.

Friday morning kicked off with a great training workshop, "How to Demo eZ" from eZ's VP of Technical Services, Lars Eirik Rønning. The session was compelling and went into great detail on how partners can better demo eZ Platform and its many capabilities.

How to Demo eZ Platform

The demo session focused on working with content in eZ Platform v2. The demo topic was: how to attract visitors to Norway. We created a gallery and demonstrated the multi upload feature whereby images are automatically mapped to content objects in the system. Lars Eirik then looked at the editorial interface and created a sample article. Finally, the demo showed the landing page feature of eZ Platform where we built a sample page highlighting the destination, Norway. The demo also showed some of the block types offered by eZ Platform such as content list and the form builder.

Following a short break we returned to hear Product Marketing Manager Amit Golan-Gutin, announcing the eZ Connectors Marketplace extension program. Amit described a two-phase program that includes an eZ Connector competition and a "Build with eZ" program. Partners, freelancers and third party vendors can submit their ideas for connectors until the beginning of February for the eZ Connector competition. On March 1st, eZ will evaluate all the connectors that were built and announce the winner of the competition. The winner will receive $2,500 and an opportunity to build an additional connector in the "Build with eZ" program for an additional $5,000. On April 1st, our second connector competition will launch. Amit also announced our exciting new eZ Connector Award which will be given out at our eZ Conference 2018 on June 6 in Cologne, Germany. To help developers build quality connectors, eZ will release a connector developer guide. The handbook will provide an in-depth explanation of how to develop connectors for eZ Platform. To learn more about the program, read the blog post on eZ Connectors Marketplace Expansion Program. Don't forget to register for the eZ Connector February Competition!

We wrapped up our 2018 Partner Meeting by enjoying a four course lunch by the water. eZ partners and eZ crew enjoyed paella and some wonderful spanish desserts. As always, lunch was an opportunity for partners and eZ staff to discuss expectations for the months ahead. No doubt many already look forward to the next winter partner meeting!