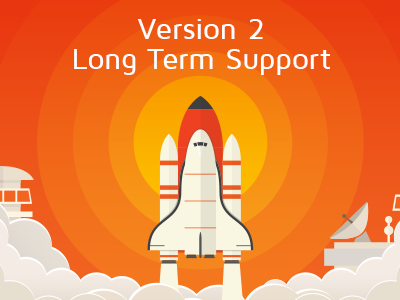 We are well advanced in the development of eZ Platform v2.4 and it's time for us to give you more visibility on coming changes to our plan. Version 2.4 is the fourth release in less than a year for eZ Platform version 2, and a lot of work has been done by our engineering team.

The eZ Platform administration interface has been totally redeveloped and many new and missing features have been added to it, offering a much bigger range of possibilities to users. The combination of its much-improved technical architecture and functional feature set also makes it a much better upgrade for existing projects running eZ Publish.

As you might know, we adopted a pace of four releases a year for eZ Platform, with one release supported for the long term, called the LTS release ("Long Term Support"); and the others are Fast Track releases, which are only supported for the short term, offering bleeding edge versions of our software. Our last LTS release was eZ Platform v1.13, released last December.

In our original plan that we shared with you, we were looking at releasing version 2.4 as an LTS. As of today, we still plan to release v2.4 at the end of December but as a Fast Track release. We decided to push the LTS back to the next release, eZ Platform v2.5, expected at the end of March 2019.

The reason for this change is that there are very valuable, much-needed features for the long term supported version of eZ Platform v2 that won't be shipped in eZ Platform v2.4; or only partially shipped and not at the expected level of completion. These features range from technical ones (such as the support of Webpack Encore for Web asset delivery instead of using Assetic which is now deprecated and abandoned) to functional ones (especially a range of small yet very important improvements to the editorial experience). Realistically, these should be delivered in v2.5.

We are conscious of this change significantly impacting our customers who planned an upgrade of their project to an LTS version of eZ Platform version 2 in the coming quarter. We think that overall, customers will be much better with an LTS release that really delivers on its promises and on which their projects can rely, without facing issues and needs for further upgrades, nor frustration of not benefiting from the full scope that will be reached in v2.5.

eZ Systems teams will be here during this phase to help as much as needed to adjust to this change. We will also make sure to communicate very soon regarding the technical changes to be expected between v2.4 and v2.5, and we'll assign additional resources to make sure we can deliver beta and release candidates as early as possible to let technical teams prepare for an upgrade ahead of the final release.

For more information on the features expected, please have a look at our product release boards for v2.4 and v2.5. Please feel free to comment on each of these features.

If any questions, please feel free to reach out to productmanagement@ez.no or to your eZ Systems point of contact.

MARKETER INSIGHTS
What is a Content Hub?
By Su Kent
18/05/2022 | 7 Min read
NEWS
Introducing Ibexa DXP 4.1 with a focus on headless capabilities
By Jani Tarvainen
10/05/2022 | 3 Min read
PRODUCT
Previewing Ibexa DXP’s New Headless PIM Feature and Capabilities
By Sylvain Guittard
04/05/2022 | 4 Min read
Hello
You are accessing the English-language website for Ibexa. Would you like to continue here?
Yes, Continue